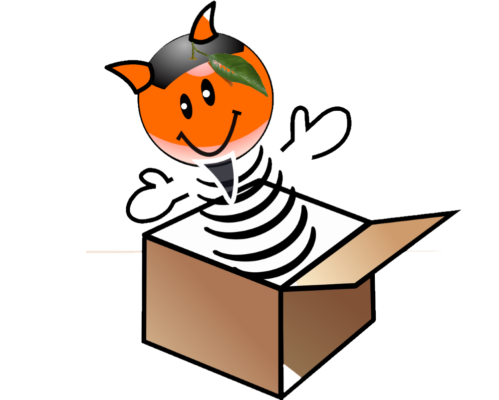 I’ll never be the fastest, or the strongest, so where I can find advantage I’m generally more than happy to run with it. I thought Vitamin C was an advantage; after all, if you get sick less often, you can train more. And for the most part this strategy worked for as long as I pursued it, but it was recently brought to my attention that it had a major flaw (thanks 182lb pure climber). Vitamin C, and anti-oxidants in general, negate the positive effects of exercise, and are likely to have long term negative health impact as well. Frankly, it shocks me that 1) I didn’t know that already, and 2) it’s quite common to see/hear/read sports nutritionists extolling the virtue of Vitamin C, and anti-oxidants in general, for athletic performance.

Before going any further, full disclosure, I am not qualified in anyway to provide health/nutrition advice to anyone. Fitness, tuning health, and athletic performance are hobbies. Obviously, with an impact beyond how fast, how far, or how long I can ride a bike or run. So I’d love this to be more of a conversation starter, than a my-word-is-gospel kind of thing. While the Missing Remote audience clearly isn’t very chatty, Google analytics tells me that many of you are highly educated, around the same age, and share similar interests :).

With that out of the way, lets take a quick look at a sample of scientific data, much of which is old enough that we should all know this (is it just me?). All but the last one (which is a summary piece linking to a real paper) look to be legit scientific papers, published in real journals, and they all find pretty much the same thing. Vitamin C (and/or anti-oxidants) aren’t great for athletes, or people.

I found this all out about a month ago (thanks again, 182lb pure climber), so still figuring out the impact of taking Vitamin C supplements out of my diet, and clearly even in the long-term completely anecdotal. That said, the results have been incredibly interesting:

Again, I’m not a nutritionist, medical doctor, sports scientist, or anything beyond someone who is very interested in maximizing small advantages to produce better results. If this is a topic of expertise, or interest, let me know your thoughts either here in the comments or, as this is obviously quite personal, via email (or whatever).

I kind of knew this generally. I find health reporting to be horrible and it is particular bad when it comes to fitness articles in major magazines like Bicycling (etc). I know a few years back a few friends said carbonated drinks also had a negative impact on performance – supposedly it takes up room in the blood stream – turned out not to be based on anything concrete. There is a whole lot of subjective opinion out there, but not a whole lot of peer reviewed literature showing direct performance enhancement (without other negative health effects).

When it comes to going faster I generally try to rely on just improving my overall fitness via training (without supplements) – I can afford to lose a full bicycle of body weight. Second is buying my way to speed (lighter wheels, etc) – but this has some serious diminishing returns. I

+1 on the sorry state of health reporting. It’s very difficult to find solid guidance based on actual scholarship.

It wouldn’t surprise me if the C02 in carbonated beverages displaced O2 in the blood; which, if true, would almost certainly have a negative impact. I’ve read that this is happens when you drink sparkling wine, and is the major reason why it’s easier to get a hangover… Not that I would ever drink a carbonated beverage while riding, don’t need that kind of gas in the system. Even if it’s just passing through :).

What do you use for salt loading? I haven’t had any issues there, my nutrition is mostly salted caramel & toffee Cliff bars (massive hit of salt & carbs) + SiS electrolyte drink mix, but I’ve heard it’s a pretty common problem.

If I go on a double bottle ride with significant elevation, I either use Hammer Nutrition Fizz Tablets or just good old Gatorade (usually in only one of the bottles). Depends on if I think I will need the sugar or more electrolytes than GA can provide. I know a lot of cyclists frown on GA, but doesn’t upset my stomach, I have never cramped.

There is a good summary on supplements on Riding Gravel (which tend to be more endurance type events): http://ridinggravel.com/accessories/training/a-look-at-performance-enhancing-supplements/